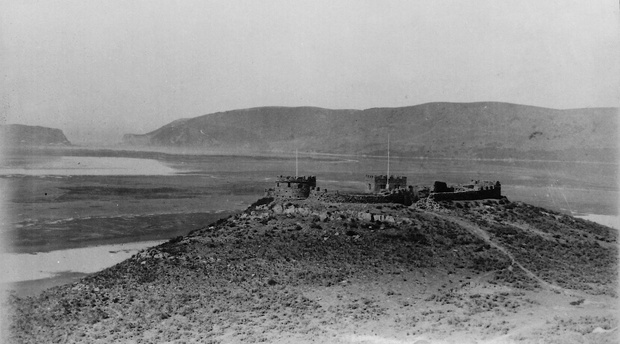 Knysna’s Anglo-Boer War fort - or, as we like to call it, ‘Thomson’s Folly’

Please note: Knysna Fort - Thomson’s Folly - is currently closed to visitors. But please read on, because we’d like to tell you its story.

Knysna - being as it was in the Cape Colony - fell under the administration of the British during the South African War (Anglo-Boer War: 1899 - 1902).

The British forces declared martial law in the Colony on the 17th of January, 1901. In response to this, the townsfolk of Knysna met to form a Town Guard under acting-commandant Magistrate Maxwell Jackson. 200 volunteers signed up immediately, and when the farmers from the surrounding districts came to town for the next Nachtmaal, they supplemented the force with a mounted corps of about 70 volunteers.

The Royal Horse Guards regiment’s Major William Anstruther Thomson arrived in Knysna on the 1st of March to take over as commandant - and a month later, on on the 1st of June,  Willowmore (about 140 km north-east of Knysna) was attacked by the Boers. In response, Maj. Thomson ordered the Guards to build a stone fort on Verdompskop - the pyramid-shaped hill just west of the present-day Knysna Hospital. (A well-named place for a fort if ever there was one: ‘verdomps’ in Dutch means something like ‘damnit,’ and kop means hill.)

Of course the War never got to Knysna, and the Fort never saw a shot fired in anger - but these weren’t the only reasons why the Fort was nicknamed Thomson’s Folly.

You see. many of the people in town thought it faced the wrong way. And those little, stubby guns at the foot of the flagpole? Carronades they were, dating back to about 1806. (The carronade was manufactured for the Royal Navy from the 1770s to the 1850s. Its “main function was to serve as a powerful, short-range, anti-ship and anti-crew weapon.” ~ Wikipedia)

In fact - or it may just be an urban legend - some people have even said that Major Thomson built the fort to protect Knysna from the Boer fleet. Even though the Boers never had a fleet. Why would they? Both the Transvaal and Free State Republics were landlocked.

Major Thomson left Knysna in 1902 to take up the post of Inspector of Refugee Camps, and he was replaced as commandant by Major (later Colonel) James Meredith Maurice. But Maj. Maurice wasn’t needed for long: the War ended almost immediately after his appointment, and the Town Guard stood down.

Made from stone quarried from the hill on which it stands, Knysna Fort had two circular loophole towers (that is, they had vertical slits in their walls) which which were situated at the north-east and south-west corners of the compound.

The compound - an irregular area of about 35 x 32 metres - was encircled by a dry stone wall.

A flagpole and two small guns (those carronades) were mounted on a circular stone base in the centre of the fort.

A rectangular, two-roomed garrison office stood to the south of the flag pole.

Unlike the connecting wall, the towers and office building were constructed of mortared masonry, and the tops of their walls was finished with crenelated parapets of battlements.

Knysna Fort has crumbled and is now overgrown with indigenous shrubs and trees, and with invasive alien plants.

According to notes in the Knysna Museum, the situation now is that, “The north east tower and the garrison office stand to a height of approximately 2 metres, and the south west tower and parts of the south and east perimeter walls to over 1 metre, but only the foundations of the other walls remain. The main entrance was on the north side, west of the north-east tower. However, a gap in the south perimeter wall may represent a second entrance there.”

The Knysna Historical Society is an independent, member-driven organisation. 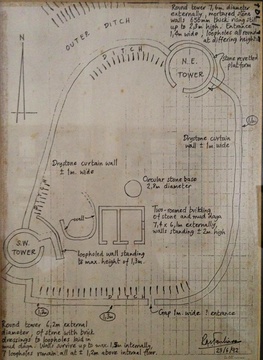 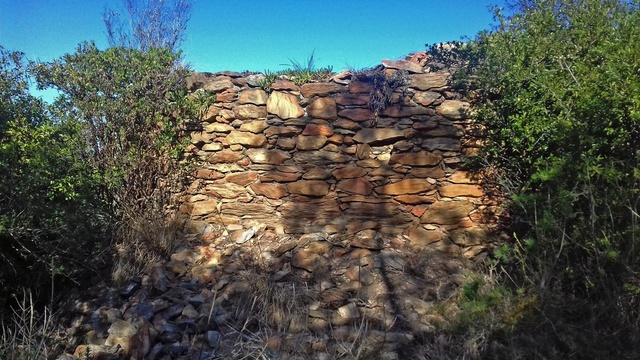 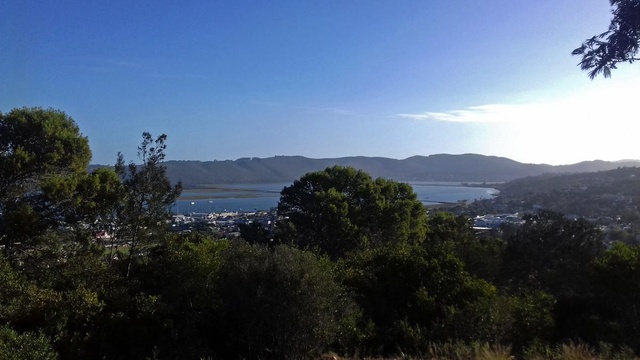 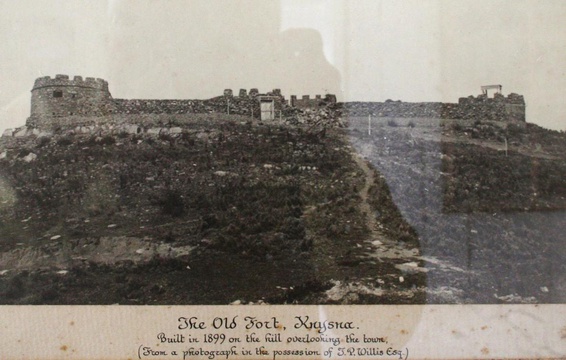 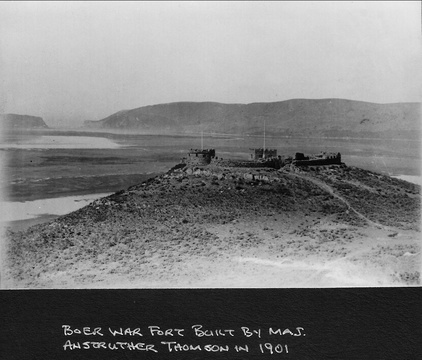