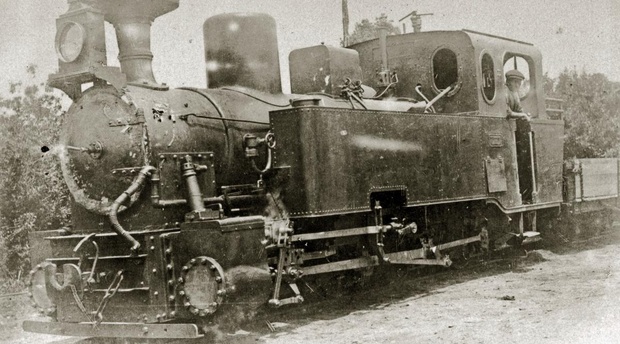 The story of Knysna's beloved narrow-gauge railway (1907 - 1949) - with actual footage of the train in action!

Getting the timber from the forests to Knysna was almost impossibly difficult in Knysna in the 19th Century - so the locals clubbed together and built themselves a railway.

Or that’s how the legend goes.

The actual story is far more nuanced, of course.

Officially the South Western Railway Co. Ltd., the Coffee Pot was the nickname given to the locomotives with their cone-shaped chimneys that puffed along a narrow-gauge line that ran from the government wharf (commonly known as Thesen's Jetty) on Thesen Island, via the present-day suburbs of Costa Sarda and Old Place (alongside the Knysna Lagoon) and up to Brackenhill and Deep Walls (Diepwalle) in the Knysna forests.

The line was built in terms of an act of the Cape Colonial Government: the South Western Railway Co. Ltd. Act. (Act No. 16 of 1904), which provided a subsidy of £800 per mile for the construction, and stipulated various conditions - the gauge (2 feet or 600 millimetres), and the quality of the construction materials had to be equal to that of the Government’s own narrow gauge lines, for example.

The company's directors included local businessmen - the saw millers C.W. Thesen (who served as its chairperson for a thirty-five years) and George Parkes, for example - who realised that ox-wagons (and Parke's own steam-driven tractor  - which tended to get stuck in the mud on rainy days) - couldn't meet the demand for timber.

The timetable included three stops in the forest - at Bracken Hill, Parkes Station, and Templeman's Station (at Diepwalle) - but with maximum speed of only about 6 miles per hour (9.6 km/h), the whole affair was so relaxed that locals often rode the train the into the forest just for fun.

On one occassion, the driver, Tom Kennet, offered a lift to a washerwoman who was walking along next to the tracks, carrying a heavy load.

Mr. Kennet was a happy and friendly man who loved stopping to allow his passengers to admire the view, or to pick flowers on the wayside - and he might sometimes have to stop, too, to remove trees that had been pushed onto the line the famous Knysna Elephants.

According to one local resident, Leighton Julyan, “The daily schedule for each weekday was for the train to depart from Knysna at 08:30 am and to branch off from The Siding to Brackenhill where it would arrive at about 11:00 am and leave ten minutes later for The Siding from where it would arrive at Deep Walls at about 1.00 pm. At Deep Walls the locomotive would be turned around on the three-point switch and would then return with a diversion to Brackenhill, arriving in Knysna at about 5.00 pm. Mr. Kennet, the driver of the train, was a familiar sight at about 5.30 pm in stained overalls and a very greasy cap, carrying his lunch tin, walking up to his house near the upper end of Queen Street.”

The South Western Railway Company, Ltd. never made much of a profit (except during the period of the First and Second World Wars), and it was built late in the day: by the 1930s it was cheaper and more efficient to transport by motor-lorries.

The company was eventually forced it to close in 1949, the tracks were lifted, and the locos and most of the wagons were sold and mover to a sugar cane company in the present-day KwaZulu-Natal Province.

All that remains of the Coffee Pot today are a few pieces of railway line embedded into the concrete of Thesen's Wharf - but you can follow part of its journey at the Templeman Station stop on the Garden Route National Park's 'Rooted in Time' self-drive tour. Download .pdf map and brochure here 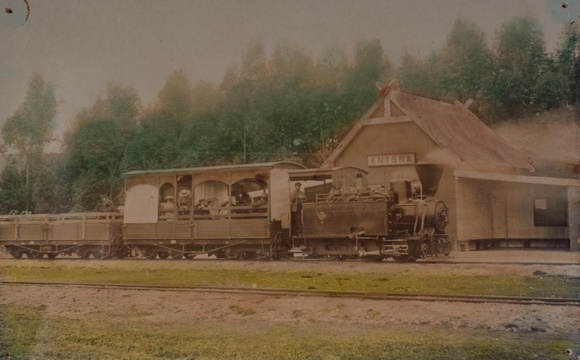 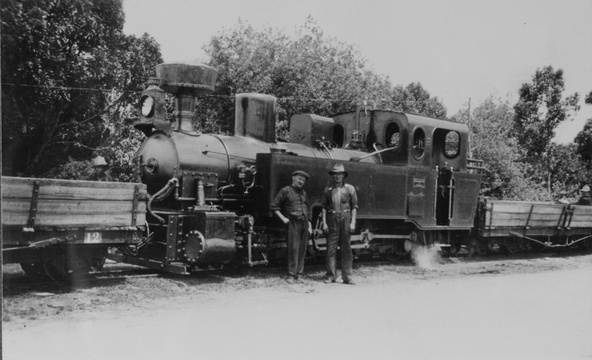 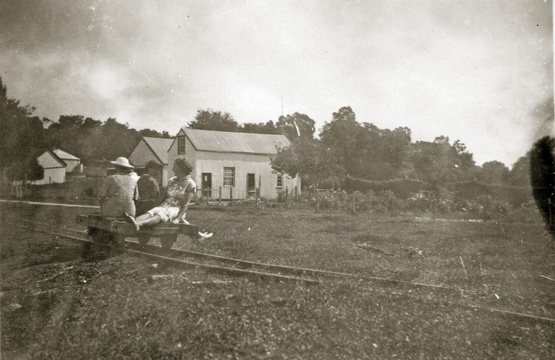 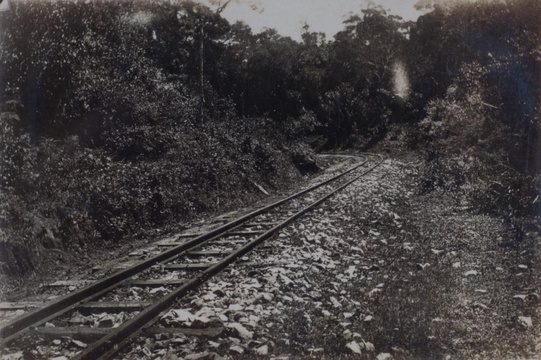 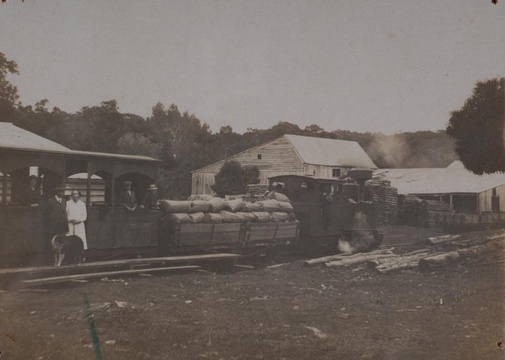 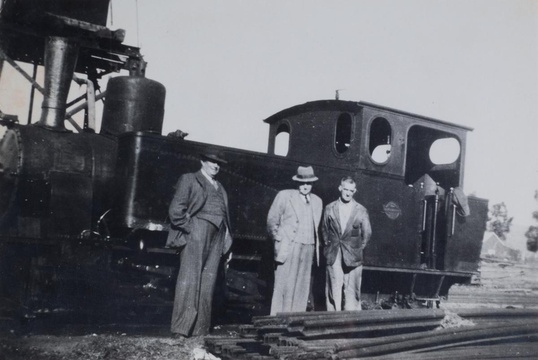 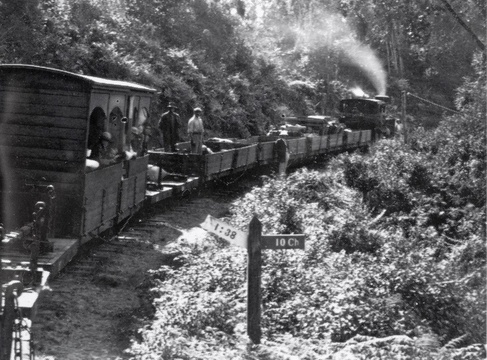 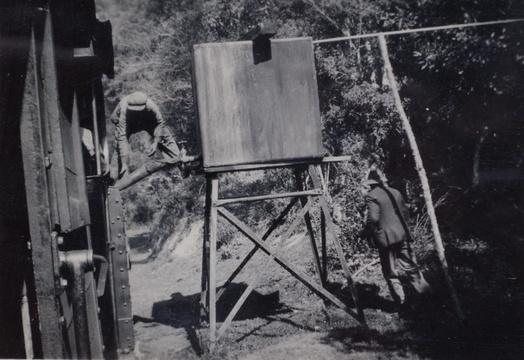 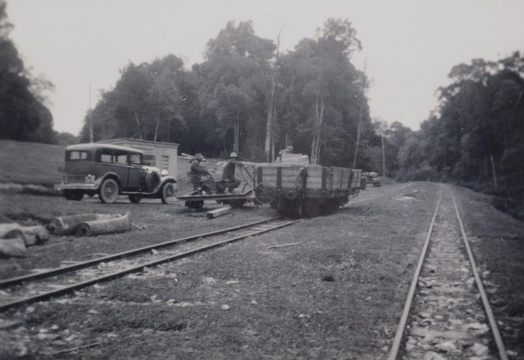 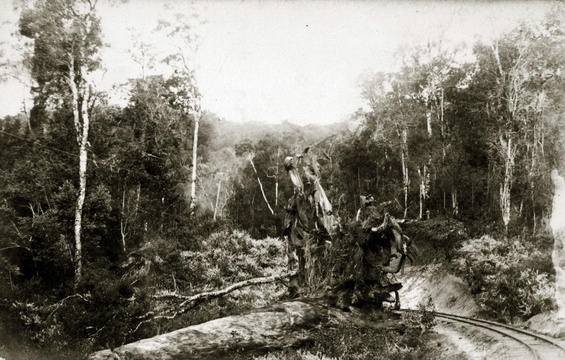 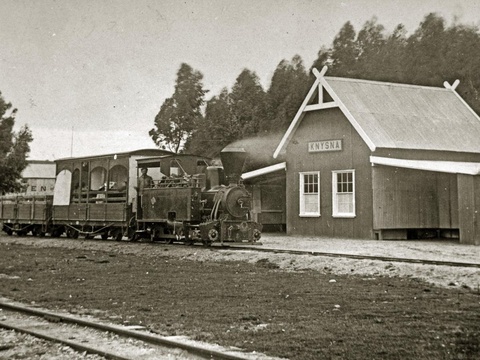 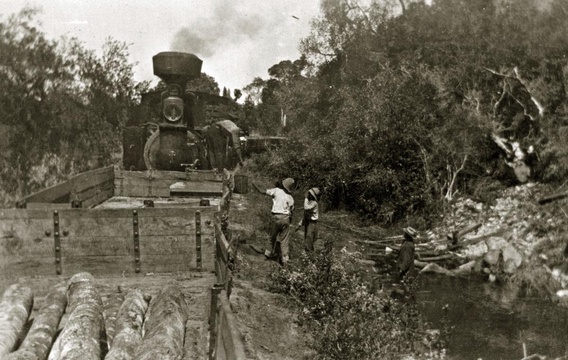 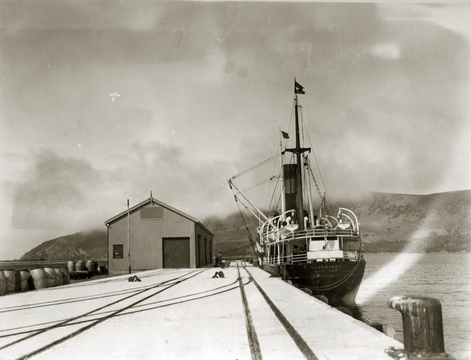