How the gold was formed 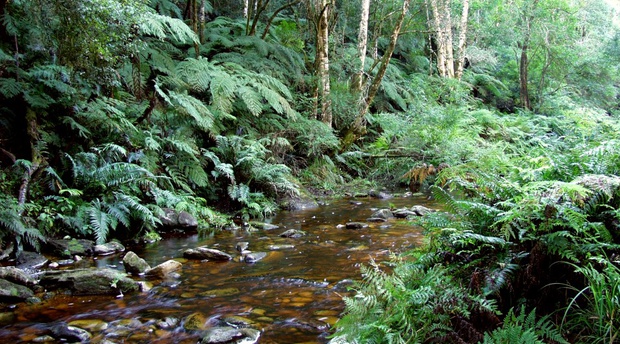 Gold at Millwood is hosted in narrow, discrete and discontinuous quartz veins which are emplaced in structurally-controlled zones (faults and shears) in the ferruginous brittle rocks (quartzites) of the Tchando Subgroup. These vein deposits are usually referred to as lode deposits.

Sediment dewaters during diagenetic compaction at depths of 5 to 10 km. This hot fluid, which is rich in halides (NaCl), circulates slowly upwards through a plumbing system consisting of fractures, faults and other permeable zones in the Earth’s crust. (Diagenesis = “the  process that describes physical and chemical changes in sediments caused by increasing temperature and pressure as they get buried in the Earth's crust.”)

In the Millwood area, this hydrothermal fluid (super-heated water, 200 - 300°C), dissolves trace amounts of metals (gold, arsenic, antimony, etc.) from the surrounding Kaaimans and Cape Supergroup sediments. On cooling in near-surface (1 – 5 km) fractures, pressure, temperature and other conditions (Eh/pH) are favourable for precipitation and deposition of minerals.

Veins consist of quartz (milky quartz or chalcedony), often displaying banding parallel to the walls of the vein. Minor amounts of calcite, pyrite, arsenopyrite and other gangue minerals may be present. Gold is rarely visible!

Veins range in thickness from a few centimetres to metres. They can be hundreds of metres long, and can extend to depths of 1,500 m.

Present-day prospectors rely on pathfinder elements such as antimony, mercury, arsenic or silver, which are enriched in the rocks adjacent to the quartz veins.

The Millwood Gold deposits are classified as mesothermal gold mineralisation.

The underlying mechanism of the Millwood gold mineralisation is thus Plate Tectonics.

Watch the video below for a longer look at the phenomenon of plate tectonics, or watch from 4:10 for a look at the last 140 million years; you can clearly see how the landmasses pulled apart to form the geography of the Garden Route as we know it today.