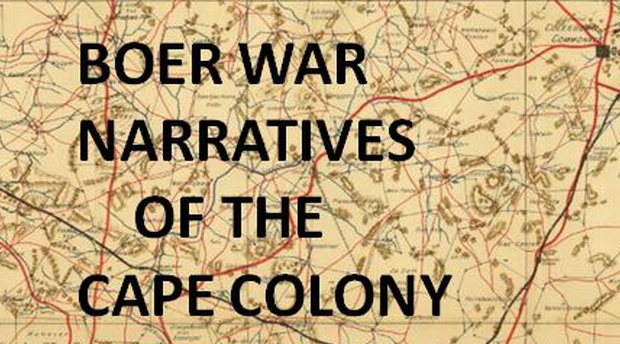 The South African War (1899-1902) through the experiences of some of the men who saw action in the Cape Colony.

Every war has its consequences, but how many wars have dictated the fate of entire nations for as many generations as the Second Boer War did on South Africa’s?

When trying to understand that bloody and extended conflict, it’s easy to get lost in reading about the grand plans, grand triumphs, and grand failures of the commanders on both the Boer and British sides. What isn’t so often accessible, though (except in the few wartime diaries that have been published over the years), is a look at the lives of individual men who saw action on the ground.

This book is refreshing, therefore, because it deals specifically with combatants whose lives - and, all too often, deaths - might otherwise not have been very well known.

The stories told move from Mount Hope to Worcester Hill, from Wolwefontein to Ventersfontein, and from the railway station at Ganna to Molteno in the Bamboesberg - and covers, for example, the role of the West Australians in the Featherstonehaugh Engagement. And while you may not be familiar with these places, you’ll learn to know them quickly enough from the author’s many photographs - Allen Duff visited all the sites concerned - and from the many historical images reproduced alongside them.

Perhaps the four saddest and most disturbing images included in the collection were taken at the execution of the 26-year-old Nicolaas van Wyk, and are published here for the first time.

Mr. Duff explains that the British dealt harshly with the Cape Rebels - those citizens of the Cape Colony who sympathised with, and actively supported, the Boer insurgents.

After the surrender of 5,000 Cape Rebels in the wake of the first Boer invasion of the Colony, the Cape Government passed its Indemnity and Special Tribunals Act, which divided the Rebels into leaders and followers - with gaol time and fines for leaders, and disenfranchisement for followers.

Although the Act was only valid for 6 months, some Cape Rebels believed they remained immune from prosecution right up until martial law was declared on 22 April, 1901.

Any Cape Rebel captured under martial law, though, was considered guilty of high treason - and the punishment for that was execution. But while hundreds of Rebels were indeed sentenced to death, most of their sentences were commuted to penal servitude for life in prisoner of war camps in St Helena and Bermuda.

Mr. Duff writes: “The courts which heard charges under Martial Law were controlled and operated by the military. All too frequently the officers involved in these courts had little legal training and evidence and convictions lacked fairness and competency which disadvantaged the accused. In addition many British officers were enraged by their inability to bring the guerrilla war to an end and hoped by the execution of Cape Rebels to break the resistance of the Cape Rebels.”

Carnarvon-born Nicolaas Francois van Wyk was riding with Manie Maritz's commando in the north-west Cape when he was captured on the farm Kareepoort, in the Philipstown district, on 7 September 1901. He was then taken to Graaff-Reinet, where he appeared before a military court.

“He pleaded not guilty to being actively in arms, marauding, and disgraceful conduct of a cruel kind, but he was found guilty on all charges and sentenced to death.”

Although he maintained he was condemned on false evidence, Nicolaas van Wyk’s sentence was confirmed by the commander of the British forces, Lord Kitchener, and he was executed by firing squad outside Colesberg on the 12th of November, 1901.

Somehow, and without permission, a local merchant named Thomas Jackson attended and photographed the execution, and although he was later jailed for doing so, his negatives were never confiscated, and they remained in his family’s possession.

Now, thanks to Jackson’s granddaughter, Margaret Vaughan, four of the images of van Wyk’s execution are published for the first time.

The Boer War monument at Colesberg shows that the 26-year-old was one of five people in the district who were “condemned and shot by the enemy.”

van Wyk’s story, like this book, is a microcosm of the war at the heart of South Africa’s modern history.

Allen Duff’s ‘Boer War Narratives of the Cape Colony’ is published in A4-format, soft-cover. Purchase your copy from: 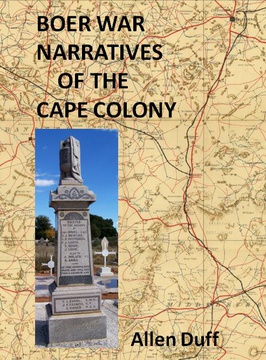