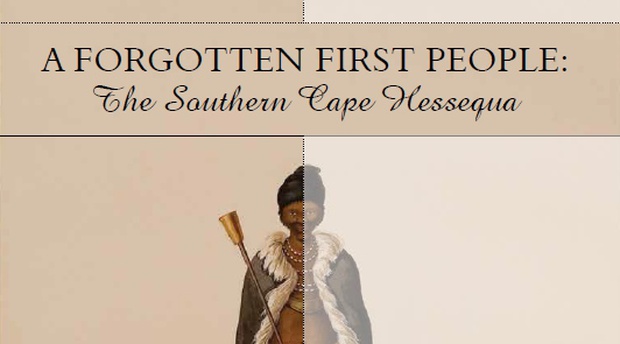 The Hessequa, who pastured their cattle along the south-east Cape coast between the present-day towns of Swellendam and Albertinia - and beyond - long before the arrival of the European colonists .

They're better described as a ‘Khoekhoe community,’ rather than what the early history books pejoratively called. ‘Hottentots.’

In the current dynamic debate in South Africa about the rights of cultural and linguistic minorities, however, the voices of their descendants are not being heard, nor are they appropriately acknowledged by the powers that be.

By writing about them and taking up their cause, Mike de Jongh opens a window on their history, their current lives, and their rightful place in the present-day Republic of South Africa

About the author: Professor Michael de Jongh is a prominent anthropologist, who has researched the ‘forgotten’ first people of South Africa extensively. In a previous book, ‘Roots and Routes: The Karretjie People of the Great Karoo’ (published by the Unisa Press and also available in Afrikaans, as ‘Karretjiemense van die Groot Karoo: Vergete Afstammelinge van die Vroegste Suid-Afrikaners’), Prof. de Jongh described the descendants, now itinerant sheep-shearers, of the early /Xam-Bushmen, who roamed the Karoo before the coming of the first Europeans and other communities. This publication was listed for the Alan Paton Prize for Non-Fiction and won the Hiddingh-Currie award for academic excellence and contribution to society