Books & movies about the Knysna Forests 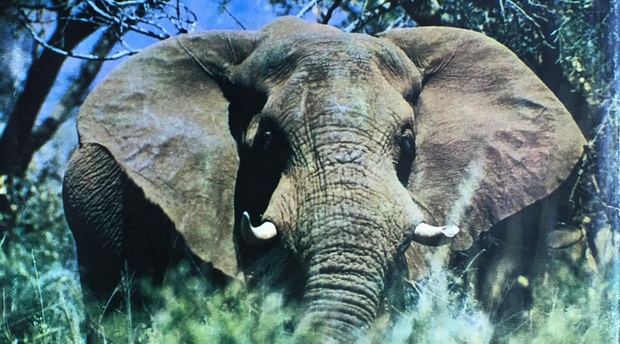 The Knysna Forests have inspired generations of storytellers, filmmakers, biographers, historians, and scientists to produce an enormous canon of work about the people, the trees, and the creatures they support.

And whether it’s F von Breitenbach’s seminal book, Southern Cape Forests and Trees, or a movie based on one of Dalene Matthee’s four forest novels (which have been published in 14 languages) - the forests have entertained, informed, and inspired generations of readers and audiences, too.

The books listed here are all available from the Knysna Libraries (although some may not be available on loan).

Documentary: The Living Heritage of Knysna (2014)

The stories of the Khoi, the San, the woodcutters, the furniture makers, the miners, the schoolteachers, and many others who've lived in Knysna over the years. Funded by Knysna Municipality, and produced and directed by Picca de Bruin.

A Storyteller Productions film in association with Sirius Media, 2014

Documentary: The Search for the Knysna Elephants (2011)

The quest by Gareth Patterson to study the elephants of the Knysna Forest. Executive producer: Sophie Vartan. Director of photography: Mark van Wyk.

Books about the Knysna Forests

This report chronicles Carter's year-long search for the Knysna elephants (from February 1969, to January, 1970). He concluded that there were 11 elephants in the area. In his words:

Nick Carter: The elephants of Knysna

This popular book - which reads as a story - followed on from the publication of Carter's earlier 'Knysna Elephant Survey.' Published in 1971, it sought to answer once and for all how many elephants had survived in the Knysna Forest, and why had their numbers not increased over the preceding 40 or 50 years, despite being protected.

This book - by the citizens of Knysna - examines the impact of the devastating fires that raged through the district beginning on the morning of 7June, 2017. The fire has been called the worst disaster of its kind in recent South African history it claimed seven lives, hundreds of homes, and many animals, and many thousands of people were evacuated. Although the indigenous Knysna Forest wasn't badly affected, thousands of hectares of pine, gum, and other plantations were reduced to ashes.

This coffee-table book documents the events chronologically through written first-hand accounts and photographs, and through video (it's packaged with a DVD). Proceeds of the sale go towards helping fire and rescue charities.

The distribution of the woodcutters of the Knysna Forests in the 1860s, and early attempts at relocating them

Dalene Matthee: Kringe in 'n bos (Circles in a Forest)

Outcast woodcutter Saul Barnard and a canny old elephant known as Old Foot - who’s being chased mercilessly by hunters - must battle to survive against the mindless destruction of their forest home.

A child appears mysteriously at Fiela Komoetie’s home in the Langkloof, on the far side of the Outeniqua Mountains, and many weeks’ hike from the Knysna Forests. Fiela raises Benjamin as her own, but he’s discovered by the authorities, who assume he must be Lukas, the missing son of woodcutter Elias van Rooyen, and his wife, Barta. He's sent to live with the van Rooyens in the forests, but he will eventually and inevitably ask: “Who am I?”

A group of Italian silkworm farming families are enticed to emigrate to the Cape Colony to establish a silk industry in the Knysna Forests. They find on arrival that the promised mulberry trees and farming facilities never existed - and they’re abandoned and ignored by the government, too. A forest worker and his rebellious daughter try to help them return to Italy.

Based loosely on a true story, Moerbeibos has been translated into Dutch, English, German and Swedish, and is available in Braille. Tafelberg Publishers, Cape Town, 1987

The beautiful Karoliena Kapp - an initiated ‘forest woman’ - falls in love with a young man who has escaped the poverty of his background as a woodcutter. As his wife, she will be required to adapt to life in the village, where the pursuit of profit is the ultimate goal. Realising that she is unwilling to swap the mystical experience of the forests that raised her for the gilded cage of society, she flees just one day after her wedding - taunted along the way by the call of the Cape siskin (Kaapse pietjiekanarie): “Who are you? Who are you?” Tafelberg Publishers, Cape Town, 2003

Margo McKay: The Knysna Elephants and their Forest Home

For many years probably the most popular publication about the Knysna elephants, this little book - with illustrations by Sedgefield-based wildlife artist, Sheila Cooper-Collins - aimed first and foremost to educate the lay public. As Gillian Carter (widow of Nick - see ‘The Knysna Elephants’) wrote in her introduction, "Margo Mackay belongs to that group of fighters (the stalwart few who have marshalled every possible resource to help preserve and conserve the unique features of this very special area), and she knows that one of the best weapons to safeguard our heritage is knowledge."

The Wildlife and Environment Society of SA, Knysna Branch, 1983

This book by a great-granddaughter of George Rex - an entrepreneur known as the ‘founder of Knysna,’ who settled here in 1804 and established the local timber industry - set out to prove or disprove once and for all whether Rex had or hadn’t been the son of King George III of England, and a woman named Hannah Lightfoot (as many of Rex's descendants believed).

James Newdigate: The Portland People - the story of a settler family

This book traces the story of English settlers Henry and Georgiana Barrington and their seven children, and of their fortunes and misfortunes at Portland Farm, near Rheenendal, outside Knysna. It includes an account of the Great Fire of 1869, as well as the text of Barrington's diary from 1862 to 1882. The author is one of Barrington's great-grandsons.

Gareth Patterson: The Secret Elephants - The Rediscovery of the World's Most Southerly Elephants

How many elephants are there in the Knysna Forests? Beginning in 2001, independent researcher Gareth Paterson spent seven years looking for them in order to answer this question – and his associate, conservation geneticist Lori Eggert, positively identified a number of individual females from dung samples that he collected. This is their story.

A wonderfully intimate look at Knysna as it used to be. Although it's primarily about the ships that came here, and the men and women who sailed in them - both as passengers and crew - it also tells stories of the forests, of the Millwood Goldfields, of elephant hunts and, (of course) of George Rex's ancestry. Illustrated by Leng Dixon and John McDonnough.

Country Days is a collection of columns about life in Knysna which were originally published in the Eastern Province Herald.

From the dust jacket: "Hjalmar Thesen is best known as an author of three novels... This book shows him as a rare raconteur, with the eye of a naturalist, the mind of a poet, and a delicious sense of humour that is all his own... Go with hum on his journeys and escapades, in quest of elephants, honey wine, ghosts, big fish, gold, leopards - and other animals.

For anyone with an interest in or love of the Knysna Forests, von Breitenbach’s large and scholarly book was the ultimate authority for many years - and in many ways, it still is. It includes descriptions, photos and images of around 100 woody plants, arranged according to the National List of Trees (1966), as well as descriptions of the different forest types as they were classified at the time (from vvWHF - very, very Wet High Forest - to vDSF - very dry scrub forest), and notes about the animals that live in the forests. The book was also published in Afrikaans as "Suid-Kaapse Bosse en Bome"

This pocket-sized book was published as a companion volume to ‘Southern Cape Forests and Trees.’ Intended as a field-guide, it included a leaf-key, line drawings, and very brief descriptions of each species.

V.M. Williams: The Town and District of Knysna - A select annotated bibliography

This work of reference was published as part of a series bibliographies compiled by students studying for the post-graduate Diploma in Library and Information Services at the University of Cape Town. One requirement was that the subject chosen by the student should not previously have been collected in such a bibliography. Students were also required to personally examine every item they included in their collections. University Librarian, ASC Hooper writes in the foreword to VM William's bibliography that, "None of the bibliographies claims to be exhaustive in treatment, nevertheless they are frequently the only bibliographies available on their subjects."

An easy-to-use guide intended for amateurs and professionals alike. Includes a visual leaf key to the 110 listed species, and a total of about 1,800 photos. From the cover: “Make your hike through the forest more meaningful - the more you know (plants, birds, insects, etc.), the better you will be able to appreciate what you see.”

First published by the author in 2011; second edition by Briza Publications, 2012

Carlson: Transplanted - Being the adventures of a pioneer forester in South Africa

Although this memoir isn’t only about the Knysna forests, it’s definitely a product of its time, which makes for  fascinating reading.

From the foreword ("Approved by General J.C. Smuts, Pretoria, 1947"): "In the spirit of Adventure, the author... came to South Africa sixty-five years ago - then a land of mystery to the vast majority of his countrymen. He... became so fascinated with the country and its people... that he decided to make it his permanent home. The Forestry Service, then in its infancy, attracted his attention on account of its healthy out-door life, and he adopted it as his career in the course of which he encountered numerous obstacles and hardships inevitable in the primitive circumstances of those early days. But like a true pioneer, he devoted himself top his profession with a singleminded loyalty with which he allowed no circumstances to interfere. Much of his untiring efforts during 35 years of devoted service are reflected int he great success achieved by the Department today.

"Apart from his professional career, Mr. Carlson gives an interesting account of country life in the eighties and nineties of the last (19th) Century."