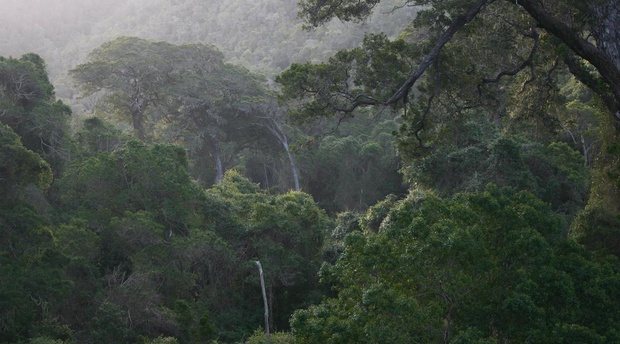 The story of the Knysna Forests - from exploitation to conservation

Even before people started harvesting them, indigenous, evergreen forests were something of a rarity in South Africa. Today, the Knysna Forests - the country's largest forest complex - cover only about 568 square kilometres.

“The soils of these forests are generally acidic and nutrient-poor. Much of the Knysna forest occurs on gentle to moderate slopes, ranging from 5 m to 1,220 m above sea level, with a mean of 240 m...

“Rain falls throughout the year in the region, with maxima in early and late summer. Mean daily maximum and minimum temperatures in the Knysna [area] are 23.8 °C in February (summer) and 18.2 °C in August (winter)... Annual rainfall varies ... from 525 mm to 1220 mm in the Knysna forest... Rainfall appears to be the primary environmentally limiting factor of forest extent, as forest is unable to persist in areas with rainfall of less than 500 mm.” worldwildlife.org

Archaeological evidence shows that people have lived in the Southern Cape for tens of thousands of years, and archaeologists working in Knysna have uncovered evidence that stretches back to the Earlier and Middle Stone Ages.

In more recent times the Khoekhoen people, who lived in the Garden Route in pre-Colonial days, would leave verbal clues as to the forests' importance in their lives, livelihoods, and even aesthetic sensitivities: Outeniqua, for example, means Honey Gatherers, Hessequa = Men of the Trees, Tsitsikamma = bright waters, and Knysna = ferns, according to  Prof. Mike de Jongh, author of, ‘A forgotten First People - The Southern Cape Hessequa.'

Of course, as Prof. de Jongh points out, those earliest people lived only lightly on the land, and left only faint traces of themselves - which might explain why we know so little about them, or, it would follow, about the forests.

When the first Dutch settlers established an outpost of the Vereenigde Oostindische Compagnie (VOC or Dutch East India Company) in South Africa in 1652 - on the site of present-day Cape Town - they needed a steady supply of timber for their buildings, to burn as fuel, and (later) for raw materials for furniture, tools, wagons, shipbuilding, and so on. But they found only a relatively small forest on the slopes of Table Mountain, and this was quickly depleted - and so the search for more began.

At first, the colony imported timber from Mauritius, but that line of supply dried up when the VOC station there was closed down in 1709. This led to a series of investigations and journeys of exploration f into the regions west and east of the Cape, and, eventually, to the establishment of various outposts in the Overberg region, in the vicinity of present-day Riviersonderend. (See Ryno Joubert, ‘History of the Overberg and Southern Cape Forests: pre modern history to 1795’ - pdf. Embedded below.)

That experiment wasn’t a great success, though - possibly because the Overberg Forests weren’t very extensive, either - and in 1734 Governor J. de la Fontaine visited the Garden Route - then known as Outeniqualand - in search, in a manner of speaking, of greener pastures.

Here he found probably around 250,000 hectares of magnificent timber - and by 1763 the colonists had begun to systematically (and at first indiscriminately) exploit it.

Even more than the Overberg, though, Outeniqualand was a region of deep gorges and high mountains - with no formal access roads - and transporting the timber to the Cape was costly and slow.

But then George Rex - a functionary at the Cape under British rule - bought the farm Melkhoutkraal on the banks of the Knysna River in 1804. (It was situated in the vicinity of the present-day industrial area and the Knysna Golf Club).

Rex of course had already seen the commercial potential of the forests, and he immediately began lobbying the Colonial Government to establish a harbour at Knysna so that he could move his timber more quickly and efficiently

The government declared the Knysna River Estuary (Knysna Lagoon) a port in 1817, and 1818 the Emu was sent to attempt to enter The Heads - although nobody’d ever navigated the mouth before. It was almost inevitable: she landed up wrecked on a submerged rock close to the Eastern Head. Two months later, HMS Podargus arrived to salvage her, and - taking the (now known to be correct) - Western passage, crossed safely into the Lagoon.

And finally we knew that the Knysna River could be used as harbour.

The narrowness of the navigable channel, the strength of the tides, and the shallowness of the Lagoon meant that conditions weren’t ideal for shipping, though, but the local economy managed to grow - sometimes steadily, sometimes in fits and starts - throughout the 19th Century.

And it was the timber that underpinned the economy that made those shipping hazards worth the risk.

By the early years of the 20th Century, though, shipping was no longer fast enough or cheap enough, and - as it was doing throughout the country - the Government decided to extend the railway service to Knysna, opening the George-Knysna branch line in 1928.

By then, though, it had already become clear that the local indigenous forests were anything but infinite, and that they needed protection.

An alternate was needed, and a programme of planting exotic trees - pines and gums - had been instituted some years earlier. By the 1930s, they were ready for harvesting.

In 1934, then, the local woodcutters - who’d lived in the forests and (barely) survived off them by selling their timber to the saw millers - were stripped of their rights to fell the trees, and Knysna’s indigenous forests were closed entirely for harvesting until 1967. Many of the woodcutters went to work for the Department of Forestry, while others were pensioned off under the Woodcutters Annuities Act No. 11 of 1939.

Today, the forests that survived nearly 200 years of exploitation form the backbone of the 160,000 hectare Garden Route National Park - and they remain one of Knysna’s most important attractions.

Visit the Park for walking, hiking, picnics, mountain biking, tree spotting, and birding - and, perhaps, to catch a hint of the world’s last free-roaming elephants (this is an unfenced National Park, and yes, it does protect a small herd of them).

A walk in the Knysna Forests with Derik Meintjies 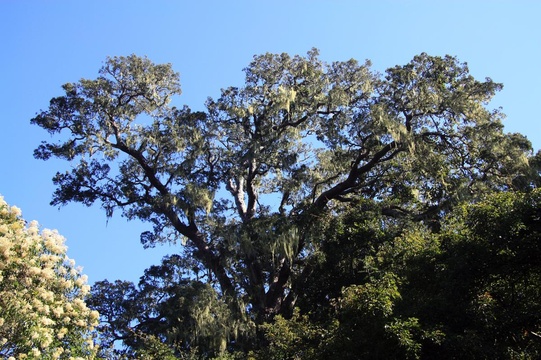 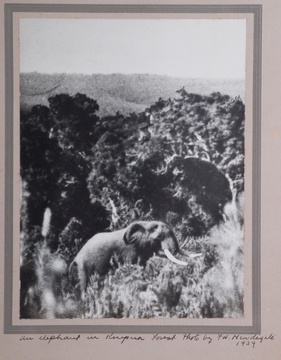 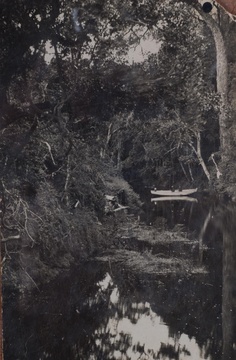 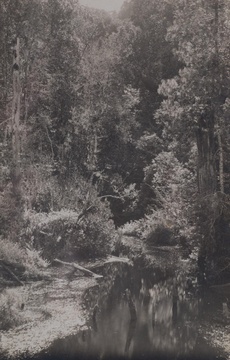 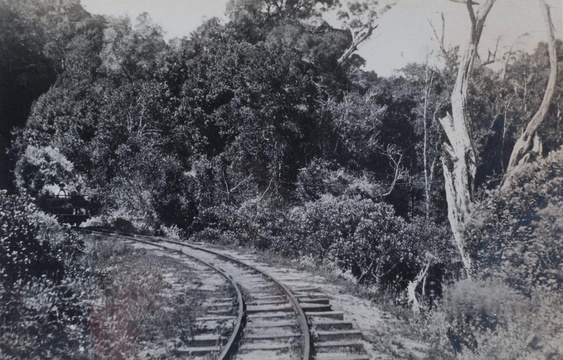 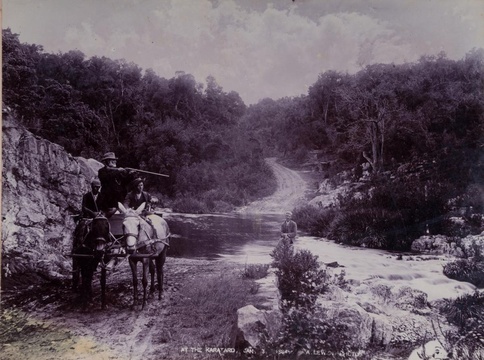 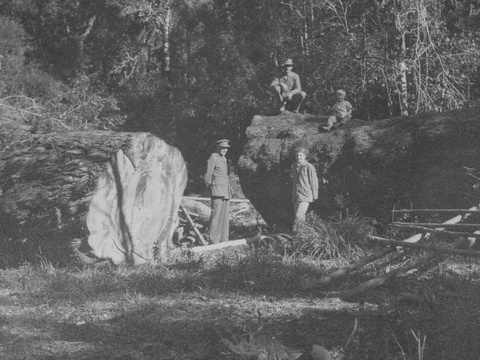