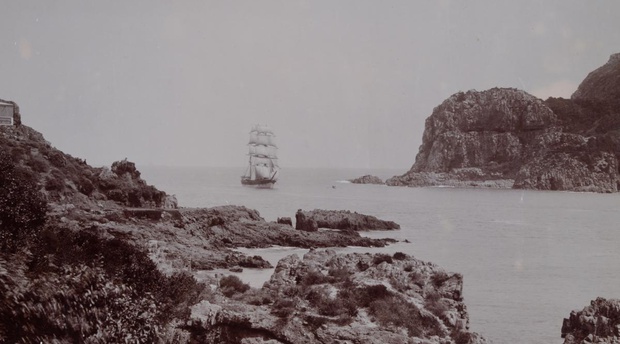 PRESENTED TO JOHN BENN, PILOT “By the inhabitants of Knysna in recognition heroic courage displayed by him and the saving of four men who, while attempting to cross the Knysna Bar on the 9th of June, 1882, were capsized and would have been drowned had he not acted in such a fearless and gallant manner by going to their rescue at the imminent risk of his life and that of his boat's crew”.

On the rescue by John Benn

1.    The pilot stands with thoughtful brow and gazes on the sea.

2.    Again, he sweeps the ocean with keen and anxious eye. He thinks of those in danger of that wild darkening sky.

3.    The billows wild are leaping with crested bows of snow. The breakers roar and thunder upon the rocks below.

4.    Death is in hollow sounds their weirdly wreathing forms forewarn daring madness around the Cape of Storms.

5.    The pilot stops a moment keen fix on his gaze then springs swiftly to the mast the danger flag displays.

6.    He turns him quickly from the spot and down the mountain side he bounds and leaps from ledge to ledge and runs with rapid stride.

7.    And as he runs, his ringing hail arouses those below. "Hey Donald! Quick, get out a boat to rescue let us go".

8.    His brother Donald true as steel never doubted his command but promptly launched the pilot boat the crew with life-belts stand.

9.    One glance to see that all is taut the pilot takes the helm, the boat springs toward the seething bar which threatens to overwhelm.

10. No word is spoke, but hearts beat fast and each strain every nerve. The Pilot's look is fixed ahead 'tis death to let her swerve.

11. The deafening surf roars in the ears now lifted up on high the downward pitched within the trough they go to do or die.

12. God speed them, but whence that cry that sends the heart ashore. The Pilot's wife stands on the rock her children at the door.

13.    Her eyes suffused her hands are clasped in agony of prayer, to him her only helper now those gallant men to spare.

14. The little children, mute with awe now group around her knee in sadness at their mother's grief most pitiful to see.

15.    Her prayer is heard, for safely o'er that fearful bar they steer and on a rolling billow's crest the drowning men appear.

16. A humble glance of gratitude far upwards to the skys and then a manly pride lights up the quiet Pilot's eye.

17. And as he stoops and draws them in each and every one resounds an echo through the world 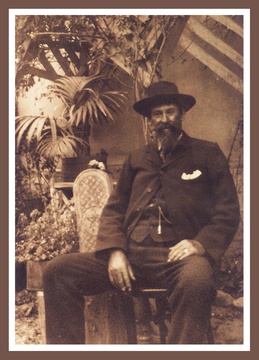